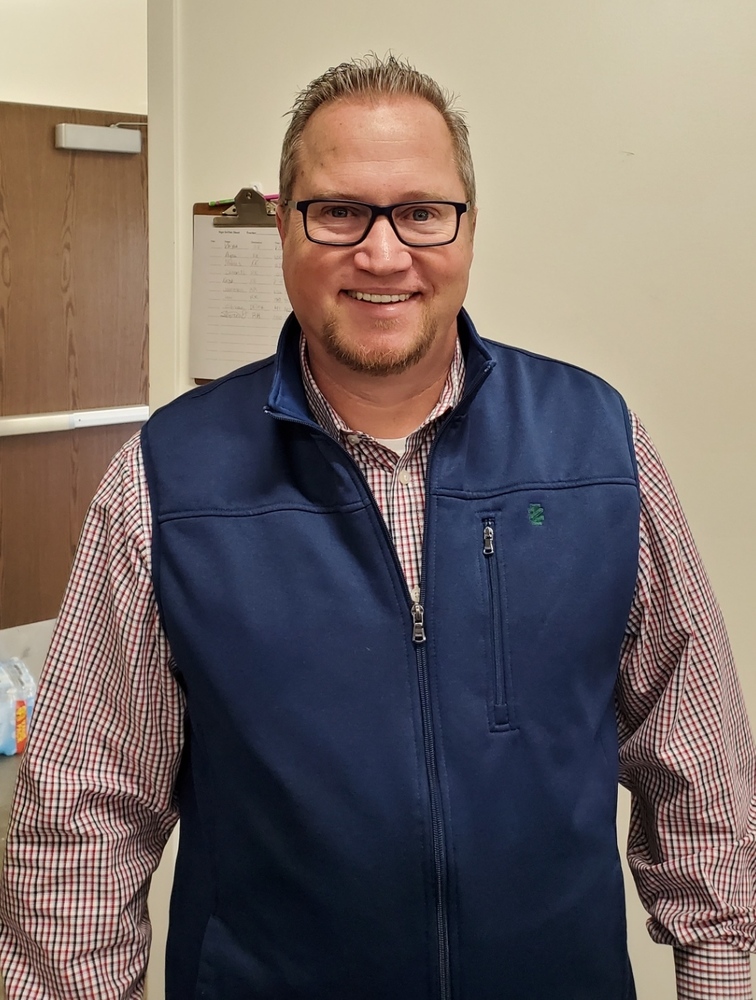 RANDOLPH — USD 384 Blue Valley/Randolph Schools will be getting a new superintendent this summer.

His name is John Cox and he’s the current middle school principal at Parsons Middle School in southeast Kansas.

“I’m looking forward to getting a lay of the land and seeing the things we’re doing, what needs to be tweaked, what we need to do to expand programs and make sure that we have the top notch education that we have now. Under Mr. Burton they’ve done great things and I hope to be able to fill his shoes and expand them even farther,” he said.

Cox, who was publicly introduced at a special meeting Thursday morning where the school board approved his contract, will replace Brady Burton, who’s retiring June 30 after 15 years with the district. Cox began his career in the Gardner-Edgerton School District where he spent 12 years in various teaching roles, beginning as a para-educator, before moving into an administrative role in Parsons in 2016. He says being in a smaller district may have its challenges, but really embraces the small town atmosphere that Randolph has.

Board President Mitch Innes explains what made Cox stand out among the three finalists.

“His outgoing personality and his willingness to tackle things. I think all three candidates were absolutely fantastic. It really was a very difficult decision, but in the end we thought that he would be a good fit for our district,” Innes said.

“I think we’re in a really good spot. We have a fantastic ag program, fantastic science program, the elementary is always top notch, so we’re definitely on the upswing and looking toward the future,” Innes said.

Cox says he and his family love to spend time outdoors, a contributing factor to why he chose the Randolph and Riley County area to pursue his next career opportunity.

“This area offered up a lot of those opportunities. We love spending time on the water, we love being outside with nature and with two little boys at home, just giving them opportunities to interact with kids and living the small-town life,” he said.